Queen Elizabeth National Park is the Uganda’s premier traditional safari destination, while it doesn’t have the draw of the larger reserves in Kenya and Tanzania it is definitely somewhere that is worth including in a longer Uganda safari to give a varied and interesting itinerary. One of the lovely things about this National Park is that there are not the crowds of the more well known parks in its neighbouring countries to the East.

As well as plains game, including the famous tree climbing Lions, there is the fascinating Kyambura Gorge, an isolated forest home to a group of Chimpanzees that have been separated for generations. The Chimpanzee’s here are not as habituated as those in Kibale so we do like to try and do Chimp trekking in both locations where there is time.

The bird life in Queen Elizabeth is fantastic with around 600 species during the green season. There are a number of distinct habitats in the National Park including Savanna and various Forest.

Like much of East Africa this is best visited during the dry season, July – October, as the wildlife becomes more dependent on permanent water sources and easier to locate. We would avoid travelling in March and April due to the rain making some of the tracks impassable.
HOW TO GET THERE:

Queen Elizabeth National Park can be accessed by either road from Bwindi or Kibale if on a driving safari or by air.
WHAT TO DO:

Game driving is the primary activity in the National Park, however there are also water cruises on the Kazinga Channel, Chimp Trekking in Kyambura Gorge and Nature walks among others. 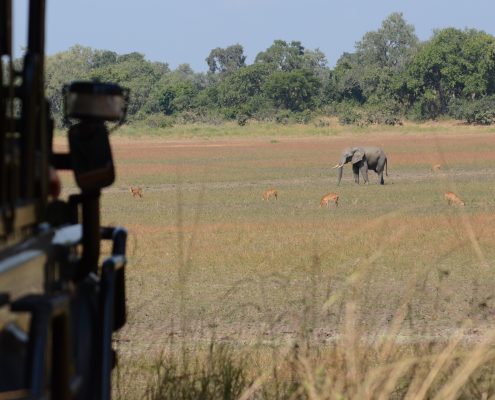 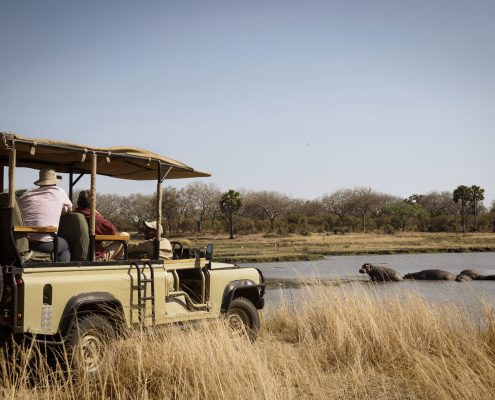